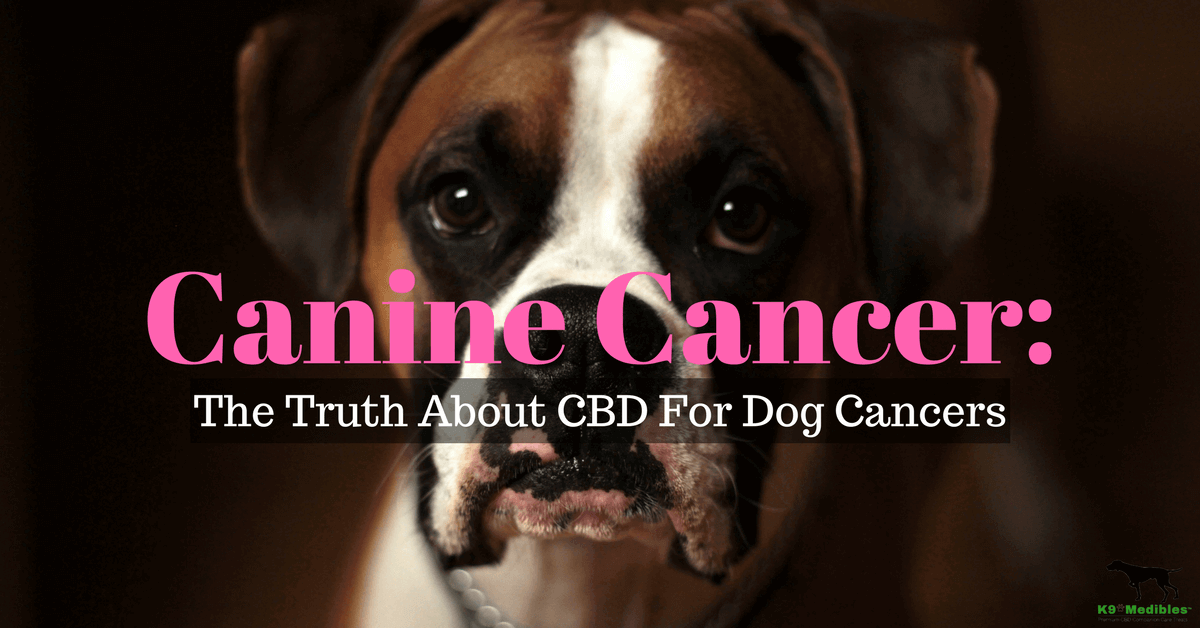 Author’s Update: This article was originally published March 8, 2018. Since then, there’s been mounting evidence that cannabinoids (THC and CBD) may represent a new class of anticancer drugs that retard cancer growth, inhibit angiogenesis (the formation of new blood cells that feed a tumor) and stall the metastatic spreading of cancer cells.

In a nutshell, here are some of the most important things to know about the use of cannabinoids in the treatment of cancer:

Perhaps a more important benefit of CBD in the near term, is how CBD can improve the effectiveness of certain chemotherapy agents and/or radiation therapy. In the long term, there are numerous benefits of CBD to help keep your dog healthy and limit the high-statistical relapse that occurs with canine cancer.

CBD For Dogs with Cancer

Cancer is the leading cause of death in dogs over the age of 10–but half of all cancers are curable it caught early. Invariably, the sooner you find and diagnose cancer, the better chance you have at fighting if off and prolonging your dog’s life.

Dogs are susceptible to some of the same types of cancers as humans, but they can metastasize at a much faster rate. The most common types of cancer seen in dogs are malignant lymphomas (cancer of the lymph nodes), mast cell tumors (a form of skin cancer), soft tissue sarcomas and bone cancer.

With better pet care through balanced healthy diets and proper vaccination & titer schedules, our four-legged companions are living longer than ever before–and that longevity leads to more dogs potentially being diagnosed with some form of cancer sometime in their life.

Signs A Dog Is Dying of Cancer

Early warning signs of cancer in dogs are similar to discovery in people. While petting or grooming your dog you feel a lump or a bump, see a wound that doesn’t heal, notice an enlarged swollen lymph node, or observe lameness in your dog’s normal activity level–all are classic signs for the presence of a potential cancerous growth.

But sometimes there are little or no warning signs. So anytime your pet isn’t feeling well, or there’s something abnormal or not quite right for an extended period of time, you should seek the advice of a veterinary oncologist.

Receiving a diagnosis of cancer in your beloved Best Friend can be a very scary, confusing, heart-wrenching time for loving pet parents. Knowing the best treatment option for your dog’s condition leads many pet parents to being over-whelmed and understandably, indecisive, about the best course of action to take next.

While treatment options for canine cancer still include the traditional invasive style interventions like surgery, radiation therapy and chemotherapy, there is an ever-growing interest in the use of cannabis extracts and hemp CBD oil as a clinical treatment for many canine cancers.

When it comes to cancer treatment, the cannabis plant may have an amazing impact when used in concert with traditional therapies. Cancer cells can become extremely sensitive to THC and CBD after being exposed to radiation or chemotherapy.

But beyond simply helping with the nausea of chemotherapy, there is strong scientific evidence of a deeper benefit of using cannabis with conventional therapies.

There is mounting evidence that cannabinoids (THC and CBD) may represent a new class of anti-cancer drugs that retard cancer growth, inhibit angiogenesis (the formation of new blood cells that feed a tumor), and stall the metastatic spreading of cancer cells.

Research shows that cannabidiol (CBD), a potent antitumoral compound in its own right, acts synergistically with various anti-cancer pharmaceuticals, enhancing their impact while cutting the toxic dosage necessary for maximum effect.

While conventional chemotherapy drugs are highly toxic and indiscriminately damage cells in the body and brain; by contrast, THC slows tumor growth in certain cancers by significantly reducing the ability of cancer to spread. THC selectively targets and destroys tumor cells while leaving healthy cells unscathed.

Treating cancer in dogs with CBD is still in its infancy, but preliminary evidence suggests a very positive upside to this natural plant-based therapy. One of the most active areas of current research in the cannabinoid field is the study of the potential application of cannabinoids as therapeutic agents.

Among these possible applications, cannabinoids have been known to exert palliative effects in human cancer patients to increase appetite and alleviate pain.

When it comes to canine cancer patients, pet parents are also using cannabis for palliative or End-of-Life care for their pets to ease their pain and discomfort. At the end of their lives, animals tend to withdraw and quietly pass away, but cannabis products help them regain their appetite, increase their energy and restore their personality.

However, CBD is more than just an end-of-life mitigation for symptom relief. Research also shows that cannabinoids can induce apoptosis, or programmed cell death, in cancer cells.

Cannabinoids are effective not only for cancer-symptom management (nausea, pain, loss of appetite, fatigue), they also confer a direct anti-tumoral, anti-cancer drug effect.

There are real-life examples where a dog’s life has been extended by months and years and in some instances, there’s been a complete reversal of tumors with clinical evidence showing no signs of cancer using only cannabis extracts as sole therapy.

In laboratory models, cannabis oil containing both THC and CBD have been demonstrated to induce apoptosis in leukemic cell lines. In cases of Mast Cell tumor, dog CBD oil can be applied topically to the skin to reduce inflammatory symptoms.

Within the medical science community, the discovery that cannabinoids have anti-tumoral properties is increasingly recognized as a fundamental advancement in cancer therapeutics.

Though cannabidiol (CBD), a non-psychoactive component of the marijuana plant, is a potent inhibitor of breast cancer cell proliferation, metastasis, and tumor growth in humans, it’s cross-species application to canines is still in its early investigative stages.

Unfortunately, with marijuana still being illegal on a federal level, it’s pretty hard to find out if any of the anecdotal evidence from forward thinking pet owners using cannabis to treat their own dog’s cancer can apply to the broader canine populous.

What is known is that dogs have a much higher metabolism than humans and therefore the prospect of a cancer growing, and spreading is exponentially higher.

On the other hand, it is precisely because dogs have a more rapid metabolism that CBD for dogs can be such an effective treatment for dogs with lymphomas.

How Does CBD Work for Dogs with Cancer?

One of the more important aspects of an effective anti-tumor drug is its ability to inhibit proliferation of cancer cells. Cancer cells proliferate rapidly in uncontrolled manner and these cells escape death mechanisms which a normal cell undergoes like apoptosis. Apoptosis is a kind of programmed cell death (PCD).

Scientific evidence is emerging to suggest that CBD is a potent inhibitor of both cancer growth and it’s spread. Migration and invasion are characteristic features of cancer cells.

Carcinoma cells that are invasive have higher migratory potential which helps them to disseminate into the surrounding tissues and spread to other organs, causing angiogenesis and ultimately leading to unabated metastasis.

According to the National Cancer Institute the chemical components of Cannabis, cannabinoids, activate specific receptors throughout the body to produce pharmacologic effects, particularly in the central nervous system and the immune system.

When activated by exposure to Cannabidiol (CBD), the body’s cannabinoid 1 (CB1) and cannabinoid 2 (CB2) receptors in the body’s Endocannabinoid system can act as anti-tumor agents in a number of aggressive cancers.

Studies indicate that when exposed to THC, tumoral cells not only ceased to multiply and proliferate but also destroyed themselves, both in lab tests and animal trials.

The Endocannabinoid System (ECS) is a group of endogenous cannabinoid receptors located in the mammalian brain and throughout the central and peripheral nervous systems. Collectively, plant-derived cannabinoids, when given in moderate amounts exhibit pro-apoptotic and anti-proliferative actions in different types of tumors and may also exert anti-migratory, anti-invasive, anti-metastatic and perhaps anti-angiogenic properties.

So, although CBD and THC are recognized as an effective treatment for providing relief of a number of symptoms associated with cancer, including pain, nausea and vomiting, anxiety, and loss of appetite, it is now accepted that cannabis plant extracts can treat and in some genetically predisposed breeds can actually prevent its formation.

The future market-value of veterinary cancer treatment in the US is estimated to reach $300 million by 2024. These expenditures indicate pet owners are dedicated to finding an effective cancer therapy that offers more than just an ‘End-of-Life’ comfort care for their beloved four-legged family members.

And used in combination with other chemotherapeutic agents, cannabinoids may produce a more potent clinical outcome without toxic complications.

Some dog owners may opt for no treatment of the cancer at all- relying instead on palliative care including pain relief through daily CBD supplementation.

Since many forms of dog cancer are caused by a weakened immune system, natural supplements like CBD are a safer, potentially more effective cancer treatment for dogs as this type of treatment is designed to promote a more balanced holistic immune response. 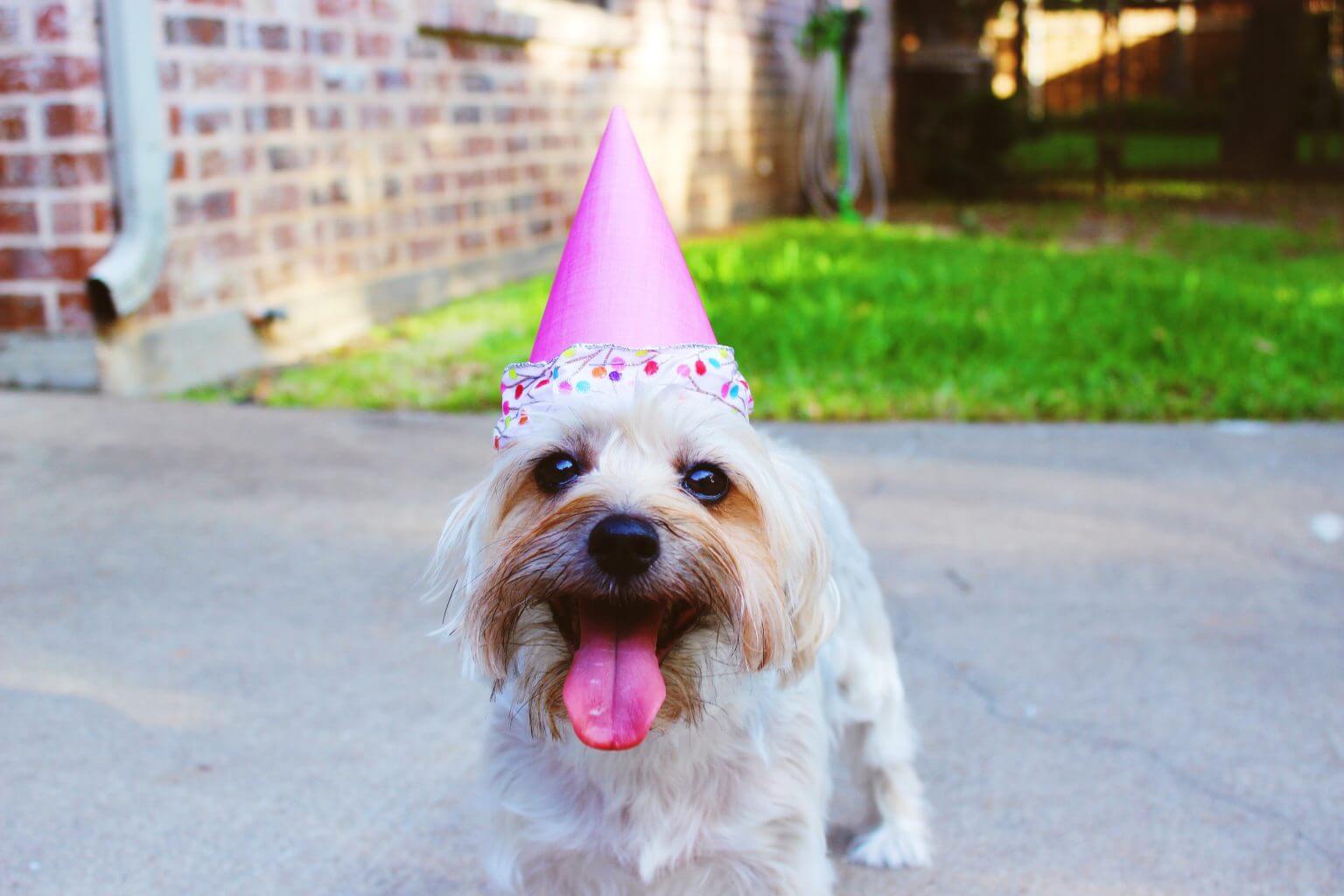 Regardless of how treatment proceeds following a diagnosis, the Quality of Life of your pet is an important consideration. In cases where the cancer is not curable, full spectrum CBD oil should be seen as an effective natural countermeasure to alleviate your dog’s pain & suffering.

In the long-run, pet owners can take a more active role in identifying early signs of canine cancer and prevent age-related cancers with healthy, balanced diets and proper exercise.

Adding hemp oil for dogs with cancer has been shown to slow cancer growth, boost tissue regeneration and help their immune system remain strong as they age can greatly enhance quality of life for our beloved companions.

4 thoughts on “Dog Cancer – CBD Oil For Dogs With Cancer”